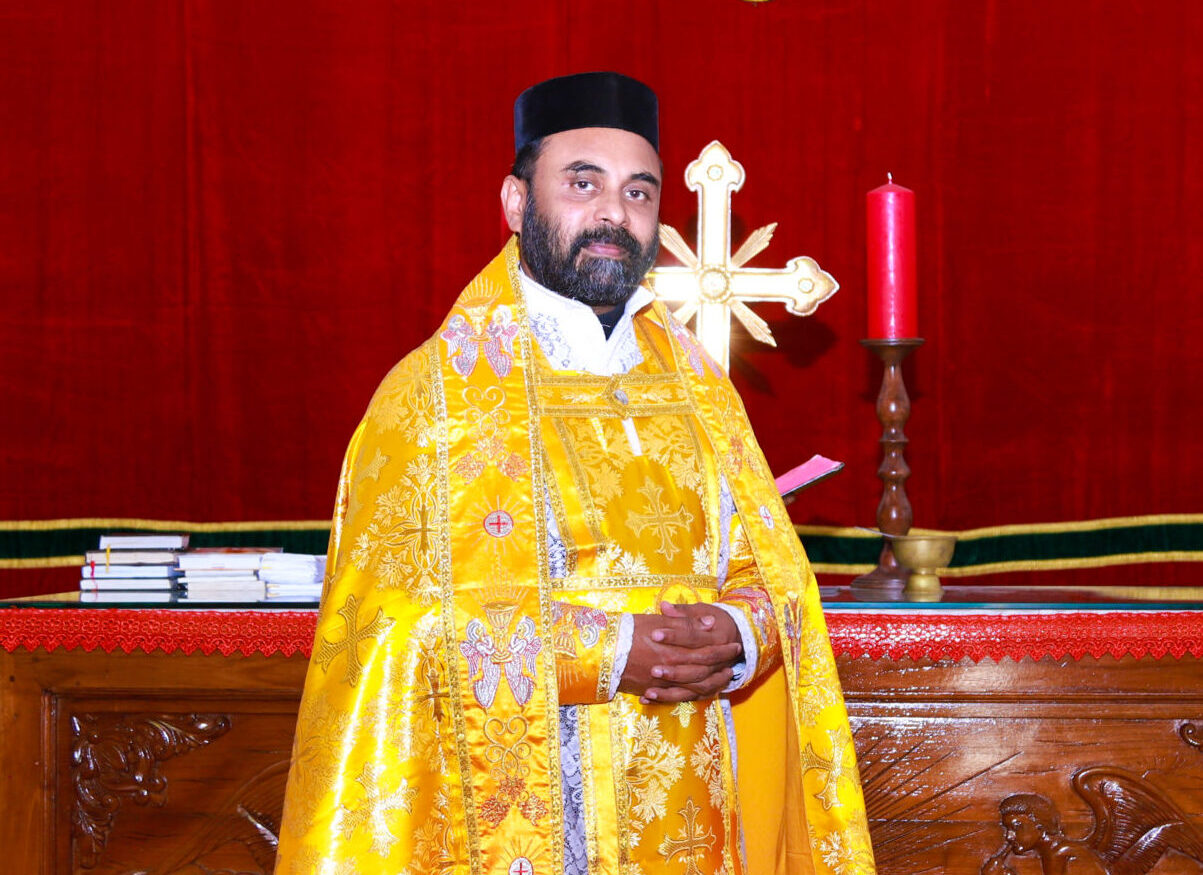 On 25th November 1974, he was born to Mr Babu Mathew and Mrs Rossamma Babu of the Thundiyil family in Mangalam, near to Chengannur, Kerala, South India.

Fr. Varghese T. Mathew completed his early education in the schools and colleges in Chengannur and Thiruvalla.

After his postgraduate education he dedicated his life to serve the Lord and continued his studies further in Theology at the Malankara (Indian) Orthodox Syrian Church Theological Seminary in Kottayam, Kerala in the year 1997. 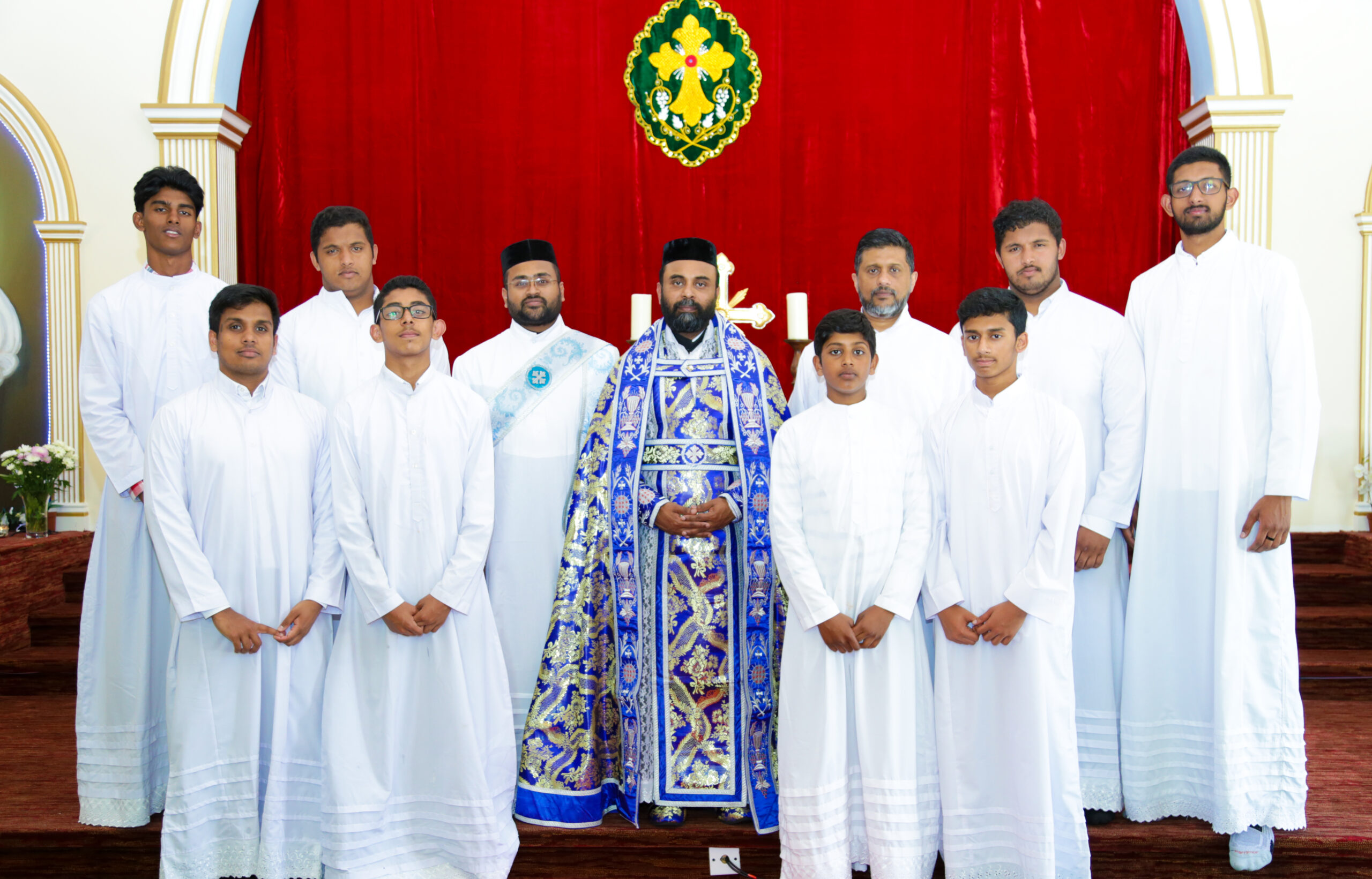 He completed his theological studies and was ordained as sub-deacon (Y’aupdiakno) in December 2000 by Late Lamented (LL) His Grace (HG) Thomas Mar Athanasios the then Diocese Metropolitan of Chengannur.

Shortly after, in June 2002, he was ordained as full deacon (M’Shamshono) by LL His Holiness Moran Mar Baselios Mar Thoma Mathews II the then Catholicos and Malankara Metropolitan of the Indian Orthodox Church.

Fr. Varghese T. Mathew was elevated to the order of priesthood (Qashisho) in September 2002 by LL HG Thomas Mar Athanasios.

Upon completing his theological education, he began his priestly ministry in serving as a priest at churches in Chennai under the Madras Diocese. Whilst there, he continued his education of Diploma in Clinical Pastoral Counselling from Christian Medical College (CMC) Vellore, Chennai.

In the year 2003 he journeyed to the United Kingdom and continued his pastoral callings under the Diocese of Canada, UK & Europe (later known, from 2009 onwards, as Diocese of UK, Europe & Africa) and was appointed as the 1st Vicar of our church, St Mary’s Indian Orthodox Church Bristol where he completed this tenure in the August 2014.

He then was appointed to serve as Vicar to many other churches throughout England until August 2017.

In September of the same year Fr. Varghese T. Mathew was reappointed as Vicar to his home parish, St Mary’s Indian Orthodox Church Bristol where he continues to serve to date.

Alongside his ecclesiastical duties, Fr. Varghese T. Mathew was the Diocese Secretary of UK, Europe & Africa in the early years after its formation.

He was appointed as Vice President to a couple of spiritual organisations of the Diocese namely, The Martha Mariam Vanitha Samajam (the women’s wing of the Diocese) and The Orthodox Syrian Sunday school Association of the East (OSSAE).

At present Fr. Varghese T. Mathew is the Vice President of the Media and Communications Department and also the Clergy Secretary of the Diocese.